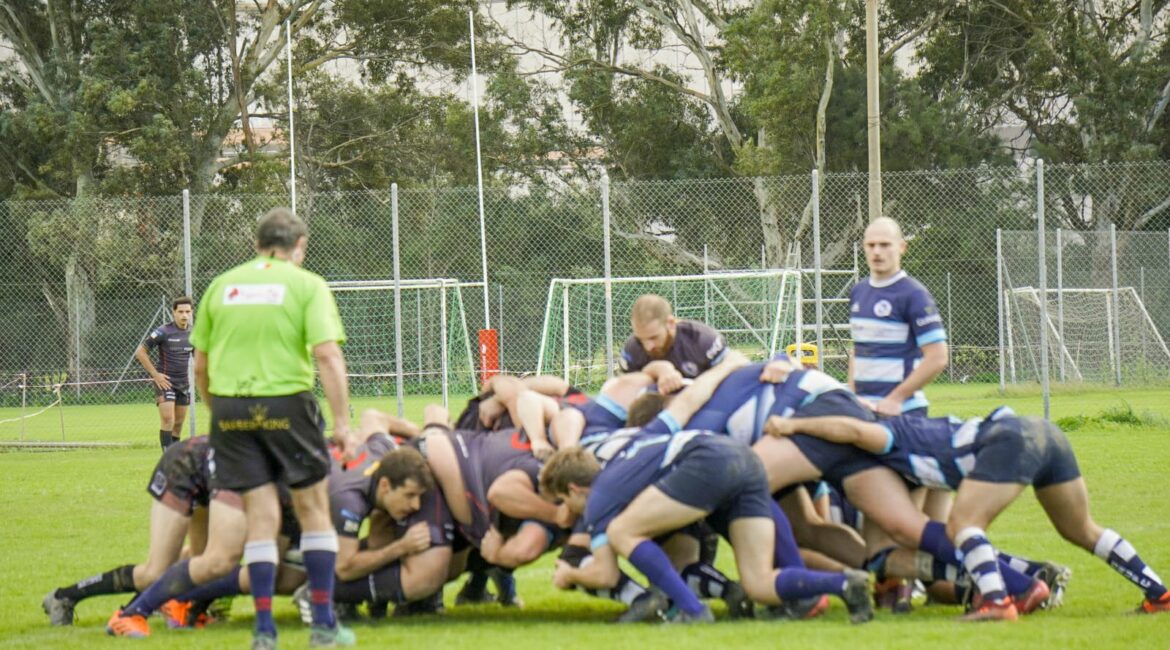 The game started with a yellow card to the Kavallieri Argentinian Hooker Caffarati(2) but quickly Kavallieri restored their momentum with Jethro Zammit Randich sprinting through a hole in the Overseas defence 40 metres out, to score under the posts, the conversion was charged down, but they were in the lead at 5 nil.

David Namusasi was having a lively game carrying well from the No8 position. Matt Stoker(1) put in a big tackle to stop a promising Kavallieri attack. Overseas’ fullback Marshall put in a few good tackles one on Agustin Vazquez(5) as he broke through. Branton Bonello(7) went off injured just as he was building his game.

From a turnover, quick ball through the line put the ball into the hands of Cameron Brown(13) and he stepped through the defence to score. Donavan(11) now at scrumhalf with Nicky Vella going off injured, converted to make it Overseas 7, Kavallieri 5.

Zammit Randich scored again after the ball went from Jake Pace(10) to Sammy Kawara(9) putting Zammit Randich into space for him to score.

At half time it was still anyone’s game, but the deciding factor was that Kavallieri now had the wind at their backs and a lot of self belief. Kavallieri were competing at the tackle, winning turnover ball and counter rucked when Overseas didn’t protect the tackled ball. David Fall(26) put a big tackle in on David Namusasi(No8) and also did his best to get his team back into the game.

Theo Briffa(14) also had a few good runs, but they fizzled out as he ran away from his support.

Now as Kavallieri gained forward dominance with Agustin Vazquez(5) leading the charge, Jake Pace(10) then had room to move and he doubled around Lucey(12) shot through the gap, stepped inside the Overseas fullback to score under the posts. Zammit Randich’s conversion made it Kavallieri 17, Overseas 7.

It was a stop start affair for about 15 minutes with mistakes creeping into both teams’ play, the only thing moving was that Wind!

The powerfully built Zammit Randich scored his hattrick busting his way through several wouldbe tackles and side stepping close to the line to score.